OH HELLOO IT'S BEEN LIKE 3 MONTHS, LOL
...I've been active on my tumblr, though. >> OBSCURE BINOCULARS
Sssooo what's hip and happening.
...too much I can't remember everything.
- Somebody gave me a compliment of my blog. She was from my school and a complete stranger and I was reaaally puzzled when she just randomly told me that she likes my blog. If you happen to read this, thank you a ton!
- Today was Earth Hour and I remembered spending last year's with my ex. I burned my hair. Has it really been that long? Anyway, my current bf promised to spend Earth Hour 2013 with me.
- My bf has to study and it drives me crazy and I turn into monster and asdsddfdfgsfasd dating is too hard, especially when there's 165km and his entrance exams so we can't really meet. And when we meet, it's practise time. I mean musical practise, so no alone cuddly-wuddly-time. (BTW, I got 259/299 points from my English final exam. Now I just wish YTL would give me Eximia Cum Laude, the second best grade one can get...)
- As I mentioned above, musical practises have started again! Soooo Gin! the musical is here to stay, yay ;D Another set of months filled with singing, dancing, frustration, achievements, money problems, sweat, smiley faces and love... and a lot of bears and dogs ! The show will include a lot of new stuff and it will take place in Kuopio's Animecon on July, 14th-15th.
- I'm addicted to My Little Pony, Friendship is Magic. At first I was like "OMG WHY DO THESE PONIES LOOK SO STUPID WHY ARE THEY POPULAR OMG." and then I was like "This is the greates thing ever." .....just go and watch it, it's nothing like the 80s episodes. Actually, watch the first two pilot episodes of My Little Pony from the 80s. They include sea ponies (SHOOBEDOO), weed and slavery. It's some deep shit.
- I'm in a D E S P E R A T E need of a summer job. I have to pay my rent and travel to Helsinki almost every weekend. And eat. I have money saved up and I'll get help from my family if I need but still, I have to get a job. I'll have an interview next week and I really, really have to invest in it. That job would be a dream come true and I needn't worry anymore. Just please, let me get a job after stressing myself like hell. Please.
Arrrr now I'm tired and frustrated so no photos or whatsoever. :'D
Lähettänyt Oona klo 12.39 Ei kommentteja:

Hello again my lovely birds ! ♥
This might be a long text, but deal with it !
I don't buy much clothes. For mostly two reasons; I don't find clothes that I like (reason number one!) and I don't want to consume. My sister buys lots of clothes all the time and doesn't use them for long. I, on the other hand, use my clothes until they are full of holes and still continue using them.
I express myself through clothes. I felt horrible when I wore my most boring clothes to school due to "come as you are not"-day as well as when I switched clothes with my roommate who has a little boyish style... I just NEED my tights, beret, sweet accessories, skirts, shorts...! I feel so comfortable in my own clothes it's almost ridicilous. But that's how it should be, right? :D
Lately I've been more interested in what I wear. I want to look good, cute, girly, feminine, sweet, but then again my mind goes for a rollercoaster ride and sometimes I feel like wearing different kind of clothes. My style has been described as both good and bad, cute, feminine (well, at least some of the adjectives described above!), artistic, french-like and "hihhuliranskalainenaméliebanjobaskeriherrataiteilija" (=zealot-Frenchwoman-Amélie-banjo-beret-Mr.Artist (the name of my plush Maki ♥)). Oh, and I'm officially "she-who-doesn't-wear", meaning I often wear too little and then suffer from the cold winter here in Finland :'D But I do not like winter clothes! GRAA!
But anyway, a little about what I would like to buy.

1. I am obsessed with lace, frills and tulle. Yet I don't have too many clothes with those things. One thing I really want is a tulle skirt. Maybe not one like in the picture but something like it. Or one really poofy!!

2. I've been looking for thick, warm cardigan with buttons and a few days ago I found one from Cubus' online store. I just have to go to the local store tomorrow to see if this really is my dream come true-cardigan!!
3. I've been wanting to try the "thin tights, warm, long stockings"-look. I just have to find a pair of warm stockings (any colour will do, but maybe black, white or grey...) !! And I have to buy warmer tights too (I'm obsessed with tights !) Or then again, I could just buy trousers for the winter. High waist ones - please!

4. I NEED WINTER SHOES! Something brown, maybe with little heel, preferably warm! All I have now is my sister's old, now of course ruined, dirty, UGGs. (I hate UGGs! They're ugly but so warm... ; _ ; I'll save them for the time I go play winter games outside...)
5. A pussy bow tie blouse. For some reason I fell in love with these and I've tried them on. Some of them fit me and some don't at all so I'll just have to keep on looking for the perfect one C:
6. Something unusual for my wardrobe, a thick skirt. My dresses are mainly baby dolls and my skirts are kind of poofy and they start from my waist. So I'd like to try this kind of skirt for a change!! (But maybe not that color in the picture...)
...I have to buy new underwear. My underpants are the most horrible thing ever :----'''DDD (YOU WANTED TO HEAR THAT DIDN'T YOU. :C )
I also adore Riikka Aaltonen's style at the moment. Her style is so feminine and sweet! ♥
If you know cute shops/online stores suited for me and my style, please give me a hint ! ; )
Lähettänyt Oona klo 13.12 Ei kommentteja:

HAPPY BIRTHDAY FINLAND & PRECIOUS !! ♥
Yees, today is Finland's independece day and this little blog of mine turned 1! :---D This is probably my longest running blog and most popular as well. 10 readers heeeeell yeah!
I've been thinking what should I write about. To this point all my posts have been just random... randomness yet not random in that kinda way. :'D I don't know what to write about! I think the internet is full of lifestyle blogs already and so on.
But then again, this blog is mainly about dreams, beautiful things and wandering in the wide world. And for learning English, of course. Maybe if I blogged more this would gain more readers. Or then I should just advertise more. I'm too shy... :''D
Any ideas what I should write about? I'm planning on writing about my VHS collection and my addiction to Friendship is Magic, but anything else? :'''D
Anyway due to the birthday of Precious I think I'll change the blog's layout soon :---)
I really want to write another post after this, about clothes, and I can do it!! Because I'm the owner of this blog! Muahahaaa~
Anyway, enjoy your independence celebration! ♥
The powers of the night
are vanquished by the morning light,
Your day is dawning,
O land of birth.
Lähettänyt Oona klo 12.05 Ei kommentteja:

There is a certain group of people I call "those lovely girls". I either envy them, want to be like them or just am fascinated by them, I really don't know. Some people just give me that feeling, "she is definitely one of those lovely girls".
I don't know if those lovely girls even exist. They're way too perfect to be true.
They are like roses, golden little buttons, the sweetest tea in the world... They are like meringue on top of a muffin they've baked, shade of peach in their cheeks, carmen on their skirts...
They draw and bake, read literature like Alice in Wonderland, their room is tidy and self-decorated. They enjoy peace and quiet the nature has to offer as much as a cup of hot chocolate or tea after a photograph session in the winter wonderland.
They look fragile, yet they have the temper to defend themselves and others. They find happiness in the smallest things. They are beautiful inside. 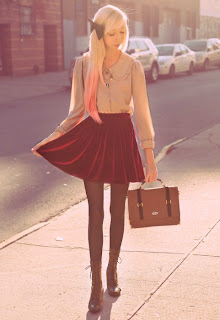 Elle Ribera looks like those lovely girls. (http://opiumpoppies.tumblr.com/)
There are just too many things I consider as "those lovely girls"-qualities. I couldn't ever be a completely lovely girl. And I don't even want to! 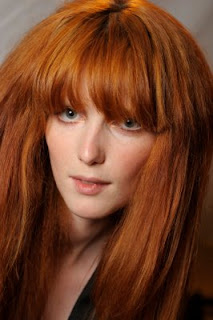 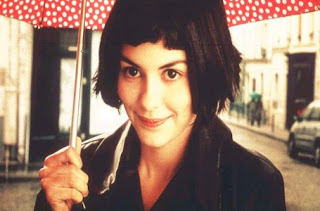 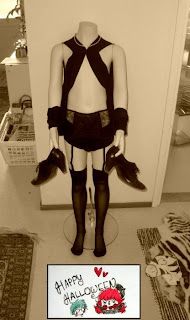 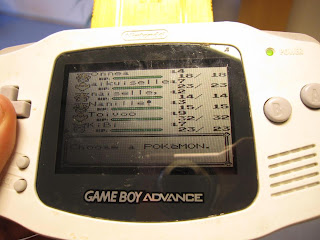 "Happy birthday for a grown-up woman, Nani! Wishes KiBi"
He gave me Pokémon Yellow as one of birthday gifts and made this special team (almost like the one in this post!) :3 One of the reasons I like him so much, we just get together so well. He's so sweet.♥
Oh, I'll save you from this... for now! :'D
Lähettänyt Oona klo 10.49 Ei kommentteja:

it can't hold me anymore 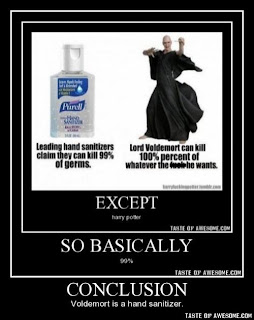 Yess.
why don't you
cry for me?
Lähettänyt Oona klo 8.59 Ei kommentteja:

One odd little bullfinch from Finland.
Roamer without shoes,
dreamer in the summer night,
helplessly lazy space cadet.
Young and foolish,
free to chase after dreams
- and her own self.